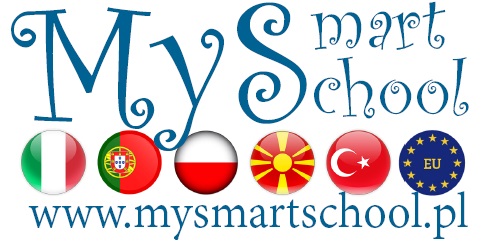 The project was created in response to two basic needs identified at the level of the schools involved – the need to boost students’ motivation and consequently their school results and the need to promote intercultural dialogue among people from different countries and backgrounds, in a European context which is now facing great challenges.
Therefore, the purpose of this project consists of two apparently distinct directions. On the one hand, we want to get students more involved in their own learning by having them use the computer in their studying, thus improving their results and performance. On the other hand, we want them to experience what it means to be European, to expose them to different ways of thinking, values and beliefs.
This partnership involves two types of schools: the first category is that of schools which do not deal currently with the issues of inclusion or discrimination because they do not have students belonging to a variety of ethnic groups (PT and PL). In the second category, there are the other three schools which deal with such issues precisely because the school populations are mixtures of religions and ethnicities (IT, MK and TR). Both categories, however, will benefit from the project outcomes in acquainting students with the concept of alterity and teaching them the values of tolerance, mutual respect and acceptance. These benefits will translate in the short run into a positive atmoshpere and school environment for the second category and in the medium and long run into the development of students as tolerant individuals who can co-exist peacefully with people who are different from them (for both categories).
Using ICT applications is therefore a pretext and a context for these students to come together and collaborate because so far the computer appears to be the only common language they speak irrespective of their background. Computer work will thus become a catalyst for different categories of individuals who will become part of the SMART school network.
The project addresses the target group of 13-16 years olds, which is in our opinion young enough to take in the values we wish to instill in them and old enough to have the necessary computer-related skills and understanding of the world around them. It is also the critical age when students need to be shown the way if we want them to develop harmoniously and not step offtrack. Also, students in this age group are approaching the age when they need to choose their future specialisations and direct their efforts towards studying for admission to upper-secondary education. One of the common exams and also the most challenging one is Mathematics, which is why we want to include it in the project activities. Also, we intend to include literature for the same reason, but also because literature is the gateway for self-awareness and acceptance of alterity. Moreover, the project will involve religious studies mainly in order to promote dialogue between individuals belonging to different backgrounds.
The objectives we envisage are:
1. to involve students in their own learning with a view to attaining better results and becoming more motivated; (at least 40 percent from the target group will improve their school results)
2. to develop students’ transversal skills – numeracy, computer literacy, critical and creative thinking, personal and social capability; (at least 30 percent of students will improve these skills)
3. to develop intercultural understanding and acceptance; (at least 60 percent of students will have better knowledge of other cultures)
4. to develop communication skills in English; (participants will improve communication skills in English)
5. to promote European values and develop cohesion among European citizens. (measurable by analysing students’ and teachers’ attitudes to other cultures, as seen in the post-LTTA discussions)
The project should be developed transnationally because, as stated at the beginning, we wish to expose students to different cultures in a controlled and subtle environment in which they can learn about other cultures without them feeling threatened by such exposure.