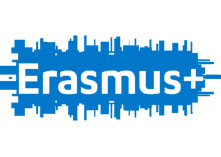 Social media networks are a platform on which individuals can share their views, ideas and interests with the world. Recently, the usage of social media has gone up due to development of these platforms and the attractiveness of social media technology. This method of interacting is now excessively used by individuals, who become addicted to such social media networks and become isolated in real life. Researchers found nearly four in five students had significant mental and physical distress, panic, confusion and extreme isolation when forced to unplug from technology for an entire day. They found college students at campuses across the globe admitted being “addicted” to modern technology such as mobile phones, laptops and television as well as social networking such as Facebook and Twitter. This addiction can lead to ignoring real life, silent behaviour, mood adjustments and conflicts.Many media messages contribute to public health issues such as obesity, bullying and aggression, low self-esteem, depression, negative body image, risky sexual behavior, and substance abuse, among other problems.
It is believed that such problems can be solved through limitation and censorship. However, censorship and limitation are not desirable responses to the concerns about the mass media and their effects on the children and adolescents . We believe ‘that the best way to prevent this addiction is only possible with the children’s perception ‘ , should be taken into account in directing children’s media consumption.
As the applicant organization having in mind these facts and problems we have with our students concerning addiction in media, we decided to prepare this project and share it with our collegues in other countries.When we shared our idea with them they were very interested in this project because they had the same problem with their students and they need help to cope with them.They all shared the opinion that one of the important ways to achieve this aim is training the children and adolescents on media literacy which refers to the ability of people to access ,understand,analyse,create and evaluate critically the content of media .
The objectives of the project are :
– To create awareness regarding media usage
– understand how media shapes society
-to develop critical thinking regarding the information pupils receive through media
-To explore the possibilities and threats of media usage
-To develop a critical approach towards media messages based on their own experineces,skills ,beliefes and values
-To identfy similarities and differences in practices used in different Euroepan countries in terms of media literacy
-to develop their skills in cretaing media in content with respect to human rights
-develop training methods and innovative scenarios for the developmof media literacy
-to promote in-depth collaborative work, which will enrich the participants’ perspectives of the world and provide them with tools to develop and exercise competences such as solving problems, taking responsibility for finishing tasks and finding creative solutions. We will create work groups composed of people from different nationalities and, whenever possible, ages , thus providing a real-life setting for increased cooperation, extremely necessary in a more and more global world.
– to develop a diversity of 21st century skills such as ICT and communication and life and career skills. Participants will improve their flexibility, initiative and self-management.
This project will create conditions for the development of each participant in an environment different from the familiar by using innovative approaches.
– to highlight the role of NGOs , schools as catalysts for change by offering the students and community the opportunity of getting positive and favourable experience in learning. Our responsibility is not only emphasizing the teaching and learning process but also doing our best on aspects like team work, socio-emotional development, respect and human rights. The focus is on the effective counteraction against the negative influences of the media on schools and beyond by increasing the awareness of all the participants.
This project should be carried out transnationally because It will enable learners and staff to explore, understand, describe and compare lifestyles across Europe,it will provide some increased form of awareness concerning common preoccupations of European citizens about intergenerational issues.
It will enhance European cooperation as partners involved will exchange and discuss common issues that will increase understanding and open-mindedness through:co-operative working,transfer of good practices and a sense of personal well-being, self-worth and social value.
Throughout the development of the project and its visibility inside the partner institutions, participants will be informed about the EU priorities in lifelong learning, particularly in the field of intergenerational solidarity.